Blast from the Past #31 repost: TMNT with dimensional gateway

This is kind of fun -- another drawing whose purpose I can’t recall, though I was clearly having a good time drawing it. I think I drew this one sometime in the early 1990's. I like the "homage" to one of Jack Kirby's many concepts from his "Fourth World" series at DC -- the "Boom Tube". 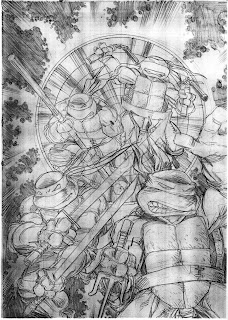 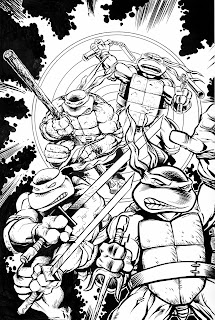