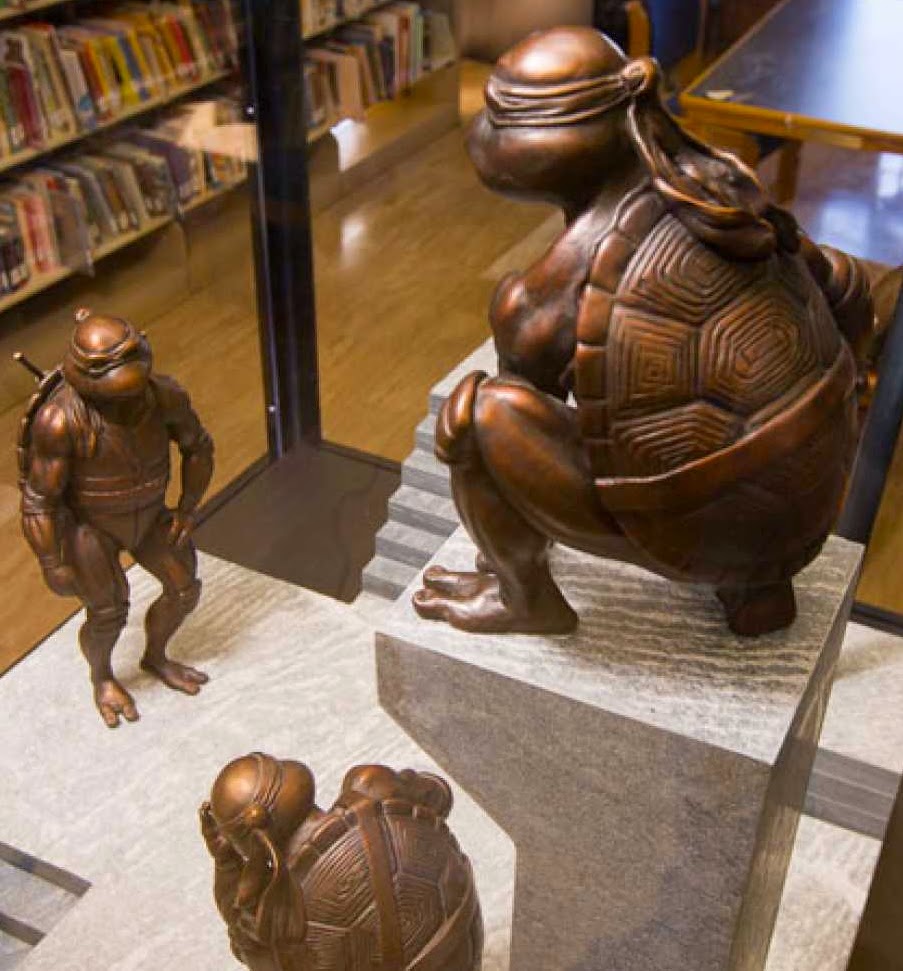 There is a nice short piece (on the TMNT sculpture group I donated to my alma mater) which was just posted on a UMass website. Here's the link: 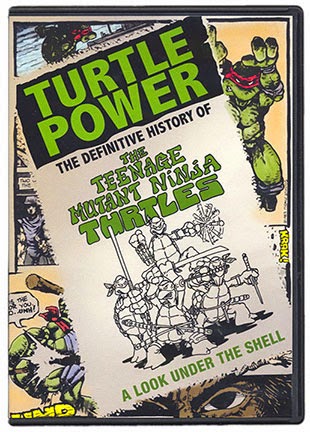 Gary RIchardson just told me today about a nifty special offer, related to the new TMNT video documentary, that Mirage Studios is making for a "TURTLE POWER DVD GRAB BAG", and I thought I should post it here. Rather than duplicate what is already online, I will just post the link to the offer at miragelicensing.com:

Looks pretty cool to me! -- PL

This post isn't about Teenage Mutant Ninja Turtles, but it is about comics, so I figured "Close enough!". Maybe I'll post it on my other blog, too.

I was in Barnes and Noble last week doing my weekly "check out the new magazines" thing, when my eye fell on the cover of a new issue of "Comic Heroes" magazine. 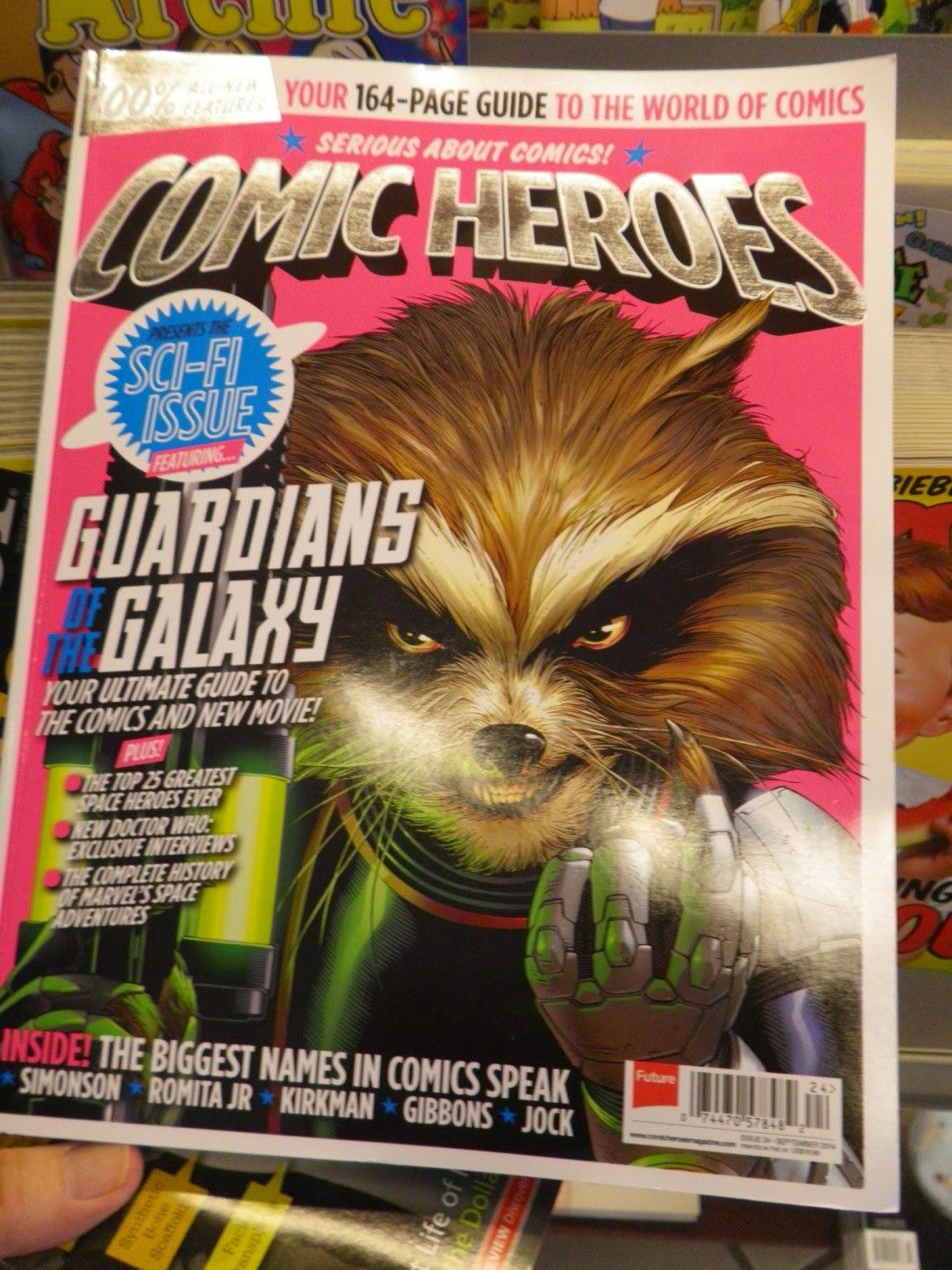 Nothing about the contents, at least from the cover, immediately appealed to me, so I went to the table of contents, where I saw that inside was a story about the famous "Marvel Method" of creating comics.

I was skimming the article when I noticed a familiar illustration -- a self-portrait by Jack Kirby (inked, I think, by Vince Colletta), which I remember seeing print in one of the books DC published during Kirby's sadly brief tenure there when he was doing his amazing "Fourth World" comics. You can even see various references to his DC work in the illustration (note, for example, the little head shot of Orion from Kirby's "New Gods" comic book on the page he is depicted working on). 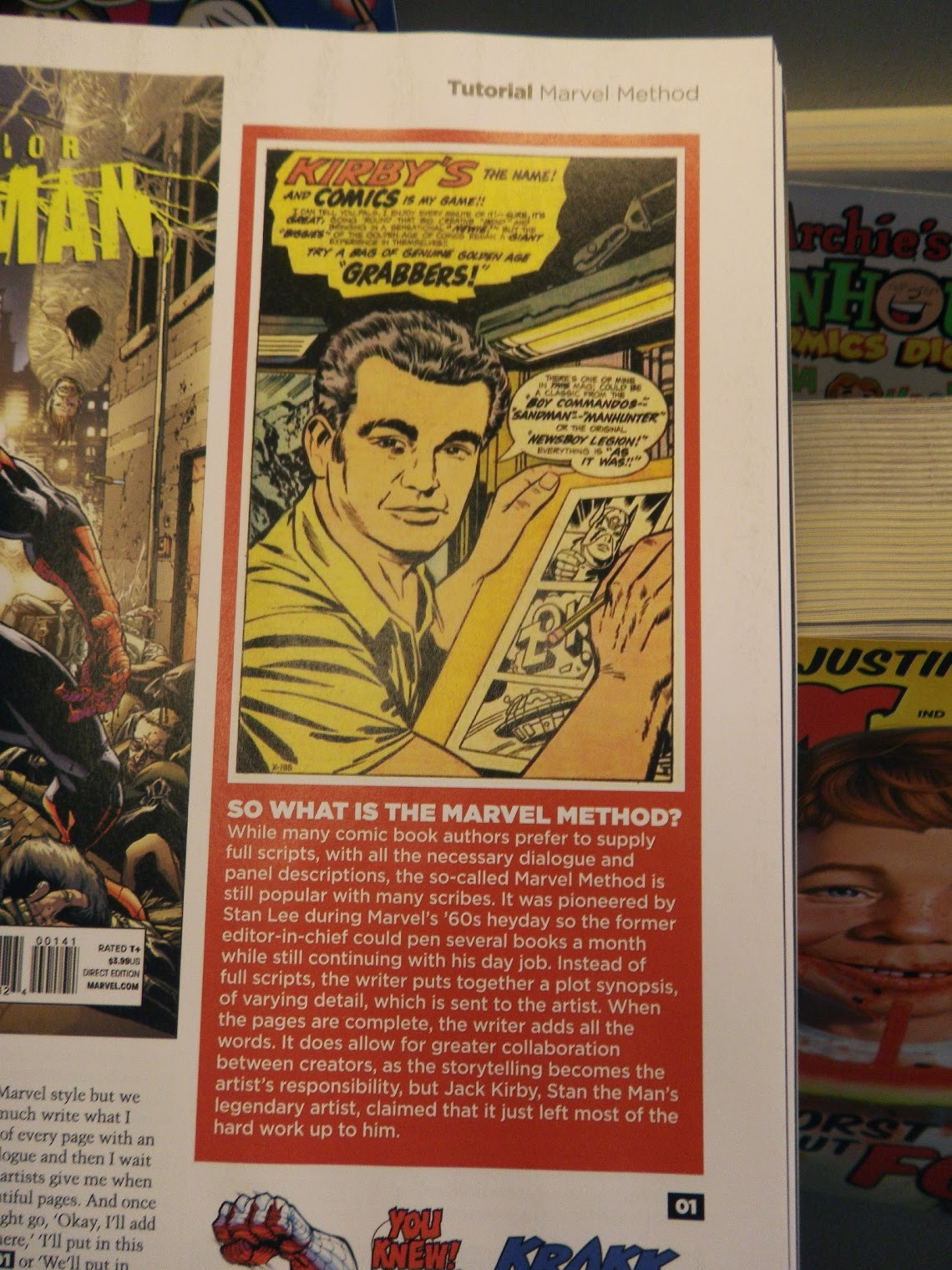 Of course, this immediately leads to an obvious question: Why in the world is an illustration from Kirby's time at DC Comics being used for an article about the "Marvel Method"? What was going through the editor's and/or art director's mind/s when putting this page together? Could one not find, in all the thousands of pages of art Kirby produced for Marvel, something which would have worked here?

Not only that, but as I understand it, the way Kirby worked on his books at DC during that time was not at all in the "Marvel Method"... so the choice of this illustration is even less coherent.