I ran across these yesterday while looking for (and not finding) my layouts for the Donatello One Issue Micro-Series, and decided to post these instead. (I'll find those Donatello layouts one of these days.) Although I originally thought I would spread these out over a week or so of postings, I changed my mind a few minutes ago and decided to do them all at once.

The following are my penciled layouts for issue #12 of the original TMNT comic book series. This was -- and still is, I think -- the only full-length TMNT comic book on which I handled all of the art and story chores (the lettering was done, I believe, by Steve Lavigne).

This issue is somewhat significant because it marked the end -- or, perhaps more accurately, the beginning of the end -- of my creative partnership with Kevin Eastman. With the burgeoning success and accompanying stresses of the TMNT licensing program, then (in 1987) kicking into high gear, Kevin and I had gotten kind of sick of working with each other. It had become very difficult to produce an issue of the TMNT comic book without a lot of unpleasantness and disagreements. It got to the point where we both realized that something had to change.

I remember we had a short meeting in Pulaski Park in downtown Northampton, wherein we decided that we should take a break from each other, and alternate issues of the comic -- I'd do one, he'd do the next, and so on. It fell to me to produce the next issue -- I can't remember exactly how we came to that conclusion... perhaps I already had a story, perhaps Kevin was too busy with something else. I don't know. But the long and short of it was that, for the first time, I wrote, penciled, inked and toned an entire issue of the TMNT book, by myself.

It was fun, but a lot of work, and although it was a relief not to have to deal with Kevin on it, I did still miss his input. We did get back together some time later to work on "Return to New York" and "City at War", but it was never quite the same. -- PL 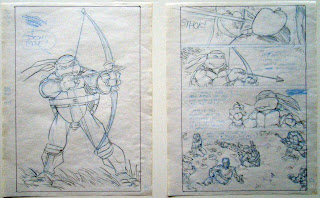 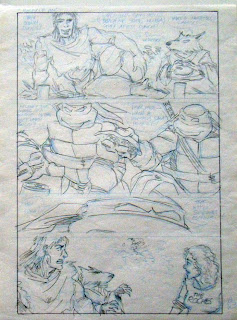 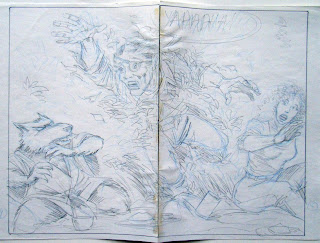 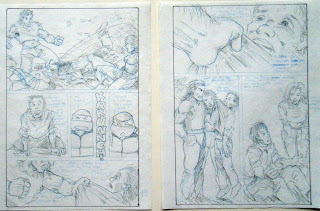 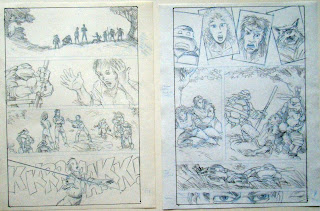 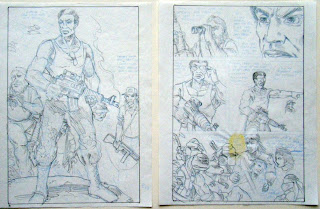 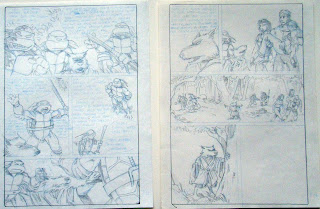 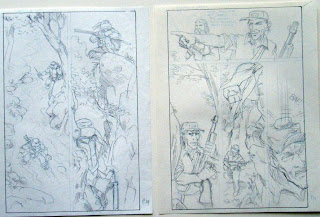 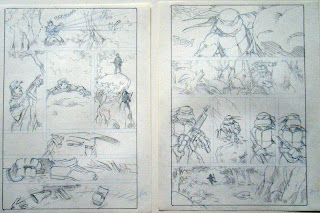 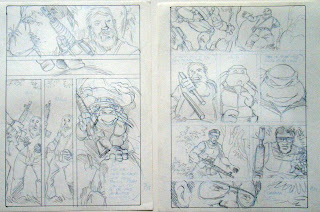 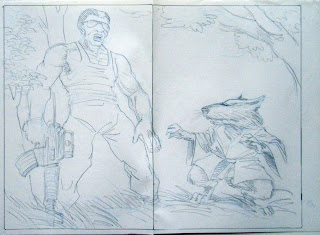 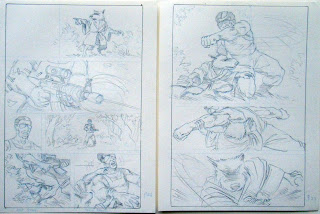 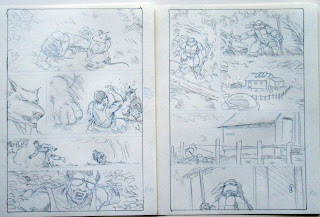 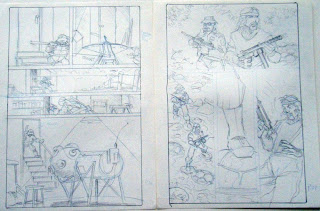 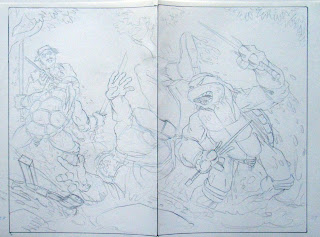 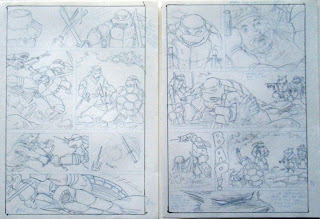 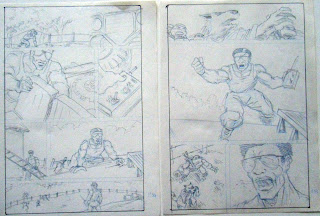 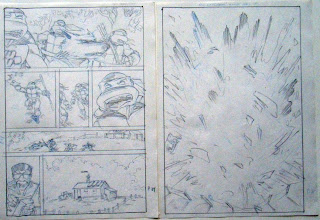 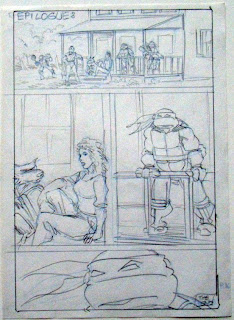 Email ThisBlogThis!Share to TwitterShare to FacebookShare to Pinterest
Labels: Blast from the Past, Kevin, TMNT, TMNT Volume 1 #12