We had another long, tiring, and productive day at the NYCC. Many items were signed, hands shaken, and sketches sketched. We met and talked with a lot of fans, old and new, including Vaughn Michael, frequent TMNT forum and bog commenter... nice guy.

I think I did four or five different video or audio interviews, three of them in the space of about fifteen minutes! That was kind of intense.

My brother Bruce -- the original #1 Turtle fan -- came to the show today, the first time he has been to a large comic convention. It was an eye-opening experience for him! But I think he had fun, sitting with us at our tables. I even convinced him to try his hand at doing Turtle head sketches, and he sold two of them! (Bruce is no stranger to drawing Turtles -- over the years, he has sent me something in the neighborhood of a hundred postcards and greeting cards decorated with his original drawings of the Turtles.) Here's a photo of Bruce at work drawing a Turtle. 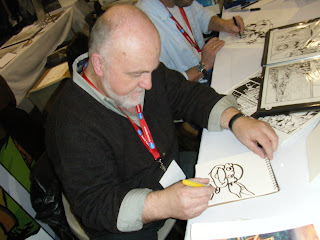 We also had one dude stop by in his cool Turtle costume. 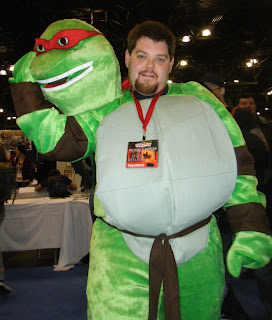 And this dude came over several times to show us his cool customized figures. Very nicely done! 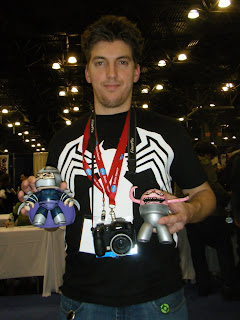 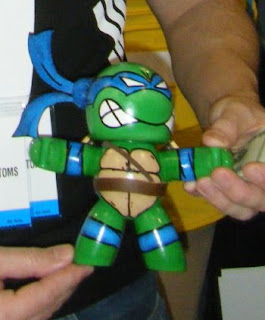 Near the end of the show we were visited by Casey Jones and April O'Neil, who posed with us at our tables. 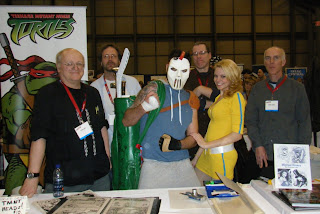