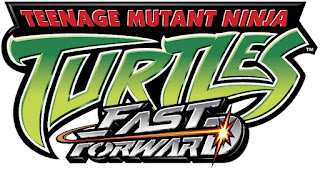 Here are a few quick responses to your notes.  As you know, everything's negotiable (hey, I’m easy!)!  ;)

"1.) What if "O'Neil Tech" was named "Joneil Tech" instead (a combination of April and Casey's last names)? It would also be helpful to know what kinds of "trusted, ubiquitous technology" the company has invented and prospered with.

I figured since April was really the BRAINS of the duo (Casey probably didn’t contribute much), and since Cody sports Casey’s last name, calling it O’Neil Tech was a nice way to keep April’s name/memory alive in the show.  Joneil is a nice combo, but it won’t conjure up April."

I think it could be argued that "Joneil" DOES remind us of April -- I mean, the major sounds of the name are those of the name "O'Neil". And we don't really know yet what, if anything, Casey had to do with the success of the company -- maybe that would be an interesting twist if we delve into the backstory, that Casey accidentally stumbled onto an idea or something that jump-started the company (tweaking expectations). And is it totally necessary that Cody's last name be "Jones"? Maybe he has a different last name and it is revealed later (maybe later in the first episode) that his grandfather was named Jones, but his father had a different name.


"They’re going to find it hard to breathe.  In 2105 pollution is virtually non-existent.  The pure, clean environment is going to cause our boys to choke and gag, and they are going to need special equipment to help them acclimate to the new atmosphere."


A funny gag (no pun intended!) but kind of too silly."

The breathing thing is just another reason/rational to give the Turtles new accessories.  I’m not talking about masks or filters that cover their faces, but I was thinking that if we required a rational for some of the new design accessories (that, as we discussed, Playmates is keen to add to the Turtles), a belt device or chest panel that help with their respiration (or gravity, or any number of other reasons) could be part of the explanation.  It might also become a story point in a fight scene later on…

I'm not objecting to more accessories per se -- I'm all for them if they make sense -- but this one just kind of makes me cringe. I mean, haven't the Turtles encountered fresh air/clean environments before? I don't recall them suffering from it. To me, the gag is over the top.


"For one thing, the Turtles will find that their tried and true ninja weapons did not make the trip through time with them.  This will mean that they are going to have to acquire new weapons in 2105."

This was to accommodate Playmates desire to give the Turtles new versions of their tried and true ninja weapons.  Much like we gave them special mystical versions of their weapons in season 5, we would design the 2105 version of a katana, bo staff, nunchuks and sais.  Playmates is very keen on keeping their roleplay line going.  I don’t think we have to be firing lasers and all that crap ;) but maybe new materials, new effects?

After talking today, I gave it some more thought and have decided that I am cool with doing "new materials" versions of their classic weapons, like, for example, having Leo's swords being given a monomolecular cutting edge. Another thought I had today was that it might be fun if Mike's nunchakus had the ability to magnetize their tips, so Mike could use them to walk up metal walls or pick up metal things with them.


Back in 2004, Agent Bishop had stolen samples of the Turtles DNA.  Now in 2105, Bishop reports that those samples have been stolen.  The Turtles are confronted with dark versions of themselves, genetically enhanced copies, speed grown into twisted versions of our beloved boys in green!  They have all the skills of our heroes, but their strength and speed are superhuman.  Our guys don’t stand a chance!"


I don't think it is at all necessary that the "Dark Turtles" have "superhuman" (shouldn't that be "supermutant" or "superturtle" !?) strength and speed, so that "our guys don't stand a chance!" Instead, they should maybe have a LITTLE bit more strength and speed, but there REAL advantage (at least at first) is that they fight DIRTY."


Yeah, we’ll work this out at the story stage.  It’s just that I imagine that in 2105, when they actually get around to making them, they’d probably do SOMETHING to amp ‘em up.  I mean, every clone or genetic engineering story we’ve done thus far has BIGGER and BETTER written all over it (Stockman, Slayer, Bishop, etc.).  Now we jump 99.9 years into the future and they just make replicas that fight dirty?  Feels like it needs a little more 2105 seasoning…>>

I think I know what you mean, but I could argue that just because we are 99.9 years in the future, it doens't mean that this future world is 99.9 years ahead of 2005 in terms of advanced gentic engineering. For all we know, a repressive conservative religious government took over at some point during that time and closed the door on genetic engineering for fifty years -- maybe even DESTROYING a lot of what had been developed up to that time, so that it took even longer to progress SOMEWHAT beyond the 2005 level of gentic engineering.
But the major problem is that when I hear phrases like "Our guys don’t stand a chance!" and "their strength and speed are superhuman", I see the Turtles being overwhelmed quickly. And isn't a character will all the skills and strength of a TMNT but with an EVIL nature scary and threatening enough, without being "superhuman" (or maybe "supermutant" would be a more appropriate term)? I think sometimes more is less.


"Curiously, the knowledge in Cody’s journals include adventures that the Turtles themselves haven’t experienced yet because they were suddenly ripped from the past and transported to the year 2105!  The fact that these future journal entries exist take any and all worry out of the question “Will the Turtles ever get back to their own time?”  The obvious, angst-free answer is “YES!”  It also allows us to play some comedy with Cody lording his “fore-knowledge Turtles history” over the Turtles from time to time. "


I have to say I'm not loving this idea. I think there SHOULD be some question about whether the Turtles will return to their original time period -- otherwise, EVERYTHING that happens to them in the future essentially has no weight, no effect on them. And on the flip side, there is the possibility that maybe we'll love the Turtles in the future so much that we'll never send them back! In any event, there are enough flexible parameters to time travel tales that I don't think we need to worry overmuch about this.
And it also serves to relieve Cody of any responsibility for his actions, which I think is wrong -- he SHOULD be held responsible. In fact, I don't think the Turtles and Splinter should be very pleased with young Cody for having snatched them from their past lives (apparently on nothing more than a 12-year-old's whim!) -- they should be pretty pissed off at him, as his action is REALLY not a very good one... in fact, it's pretty stupid and selfish.
It might add some weight to the story if Cody's great-grandparents' journals and records show that indeed the Turtles DID disappear mysteriously at some point in the past, and Cody is using his time viewer machine to find out HOW and WHY -- and it malfunctions somehow while he is doing this viewing, and actually transports the Turtles and Splinter into the future. And so Cody, without meaning to, actually CAUSED the mysterious disappearance he is investigating!
This clearly needs to be given more thought."


I know we talked about this, and I know it was a conundrum that we didn’t arrive at a satisfying conclusion about.  Why I did include it though, was that in my conversations with both Playmates and 4Kids, it was made clear that once the Turtles are in the future they don’t want ANY ANGSTING over how the Turtles are going to get back to their own time, or how could Cody do such a thing.  It takes the weight off, and it relieves of Cody of all responsibity.  It lets us get on with telling the stories of the Turtles in the future.  Anyway, while trying to do what was requested, I then began to think that we might be able to have some fun with Cody having this fore-knowledge, and could even turn it into a running gag…

The truth is, maybe we just don’t have to raise any of this.  Ever.  Maybe that’s the best way to deal with it?  Just never go there?

This is when I start getting some bad feelings about where this new approach may be heading.  I think it's a terrible idea to have this little twerp yank five characters out of their lives and maroon them in a future they never asked to be taken to and not have a shred of responsibility for his actions. I mean, what kind of message is that for the kids who watch the show? "Yeah, just do what ya want -- who cares who gets hurt?!"


We don't have to DWELL on it, and we don't have to be morose and "ANGSTY" about it all the time. But I think it should definitely be part of this new situation. And if you think about it, it makes an excellent jumping off point for a "growing up" arc for this young pup Cody.