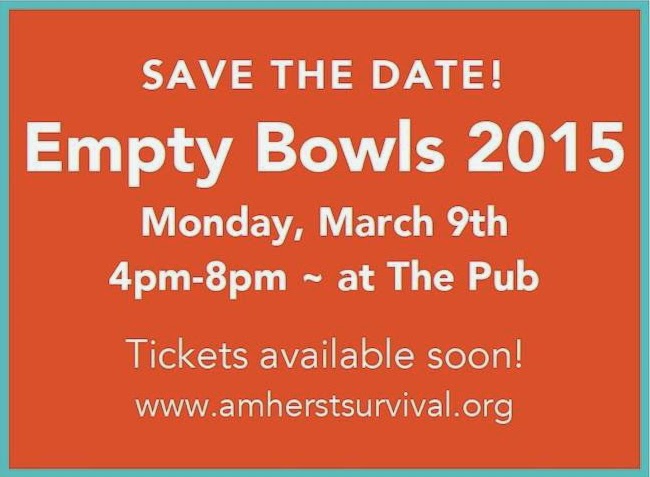 What, you are asking, does this have to do with TMNT? Read on...

In May of 2012, after a roughly forty-year hiatus, I returned to an art form with which I'd had a brief but passionate encounter as an undergraduate: pottery.

I only took one semester of "Ceramics 1" at the University of Massachusetts in Amherst back in 1974, but I loved it -- especially working on the wheel, throwing bowls and mugs and goblets.

So why did I wait forty years before taking it up again? Long story.

Two and a half years ago I began taking private lessons and then classes with local "practical potter" TIffany Hilton, who proved to be a wonderful teacher. I have continued to study with her and in fact will be taking another of her classes soon.

Last year, when I was finishing up a class with her, TIffany surprised me by asking if I would be interested in making some bowls for an upcoming charity event called "Empty Bowls" being put on by the Amherst Survival Center on March 9, 2015. The way it works (as I understand it) is that local potters make and donate ceramic bowls, and local restaurants donate food, and for the price of an admission ticket (proceeds going to the charity), patrons can choose one of the bowls and get it filled with food, taking the bowl home with them after the meal is over.

It sounded like a cool thing, and I was flattered that my teacher thought enough of my skills that she asked me to do this. So I wedged up a bunch of clay in her studio, and in a couple of hours had thrown a dozen bowls of varying shapes and sizes... 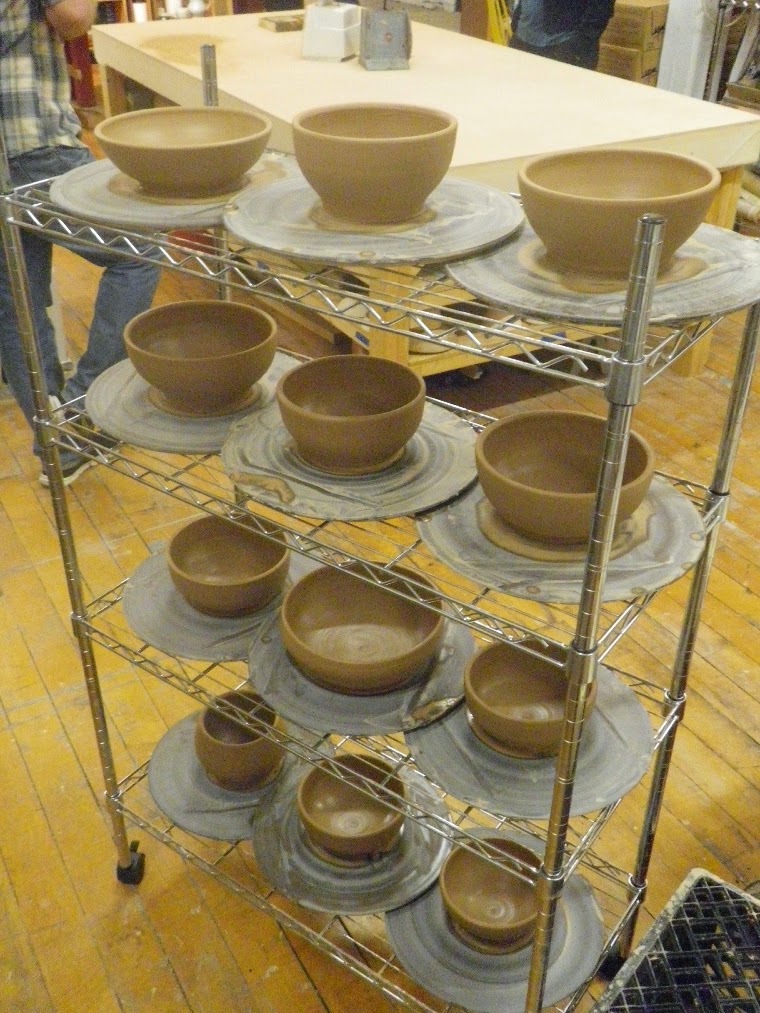 … then, a week or so later I trimmed their feet (and signed my name to the bottom of each bowl, complete with my traditional small TMNT head sketch)…

… and sometime after that, once TIffany had done the first (bisque) firing...

... I dipped them in one glaze, adding a few brushstrokes and spatters with a second glaze. 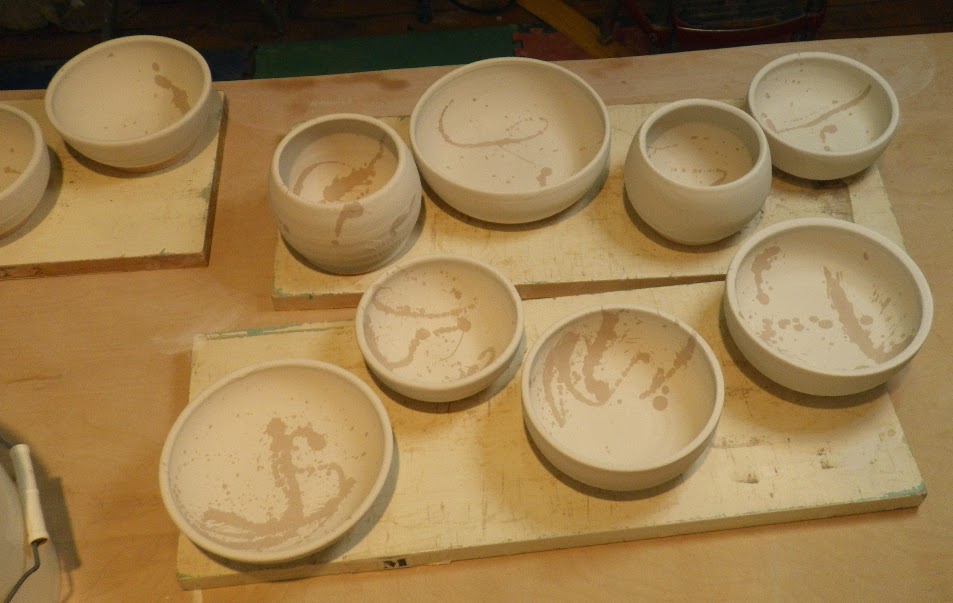 A few days ago, TIffany told me that she'd done the final firing, and I could come and view my bowls before they went off to their final fate.

I was happy to see that they'd come out just about as I had hoped they would. I'd used two of Tiffany's glazes, "cream" and "olive green", which, when combined, create a beautiful bluish-green color. Here's a group shot of the twelve finished bowls, ready to go: 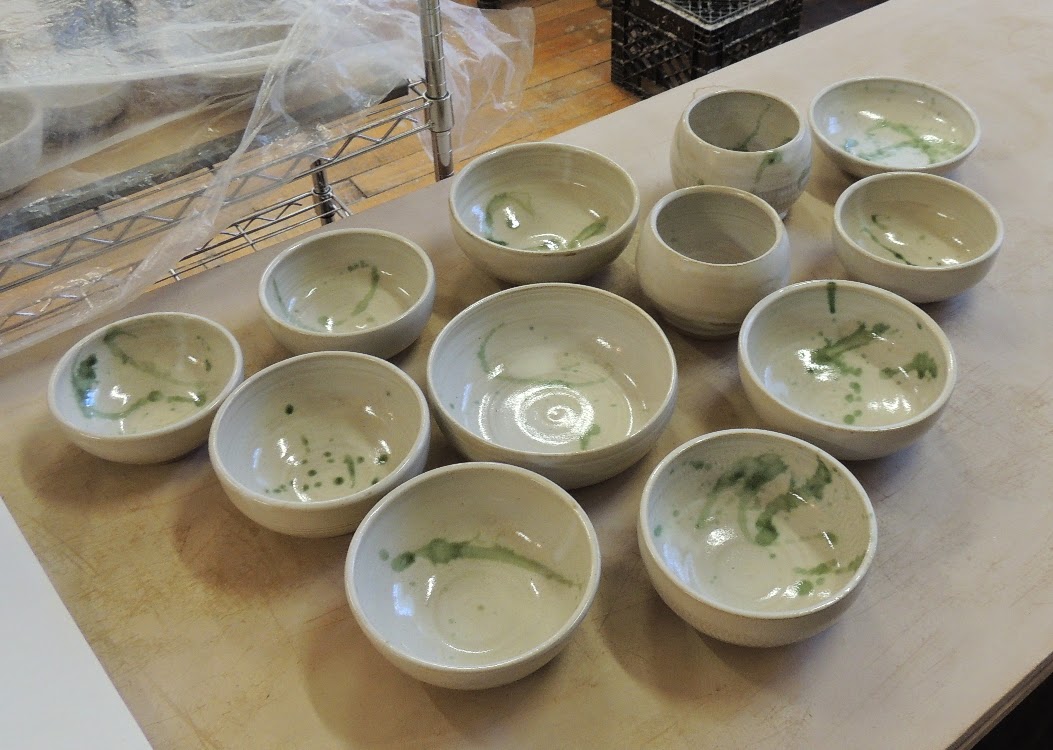 I don't know if there are any tickets left for the event -- I actually had an oddly difficult time finding information about it online -- but here's a link to the Amherst Survival Center Facebook page which might help if you are interested:

I have no idea who will end up with the bowls I made, but it tickles me to think that maybe, just maybe, someone who is a TMNT fan might get a pleasant surprise when they turn their bowl over and see something like this: 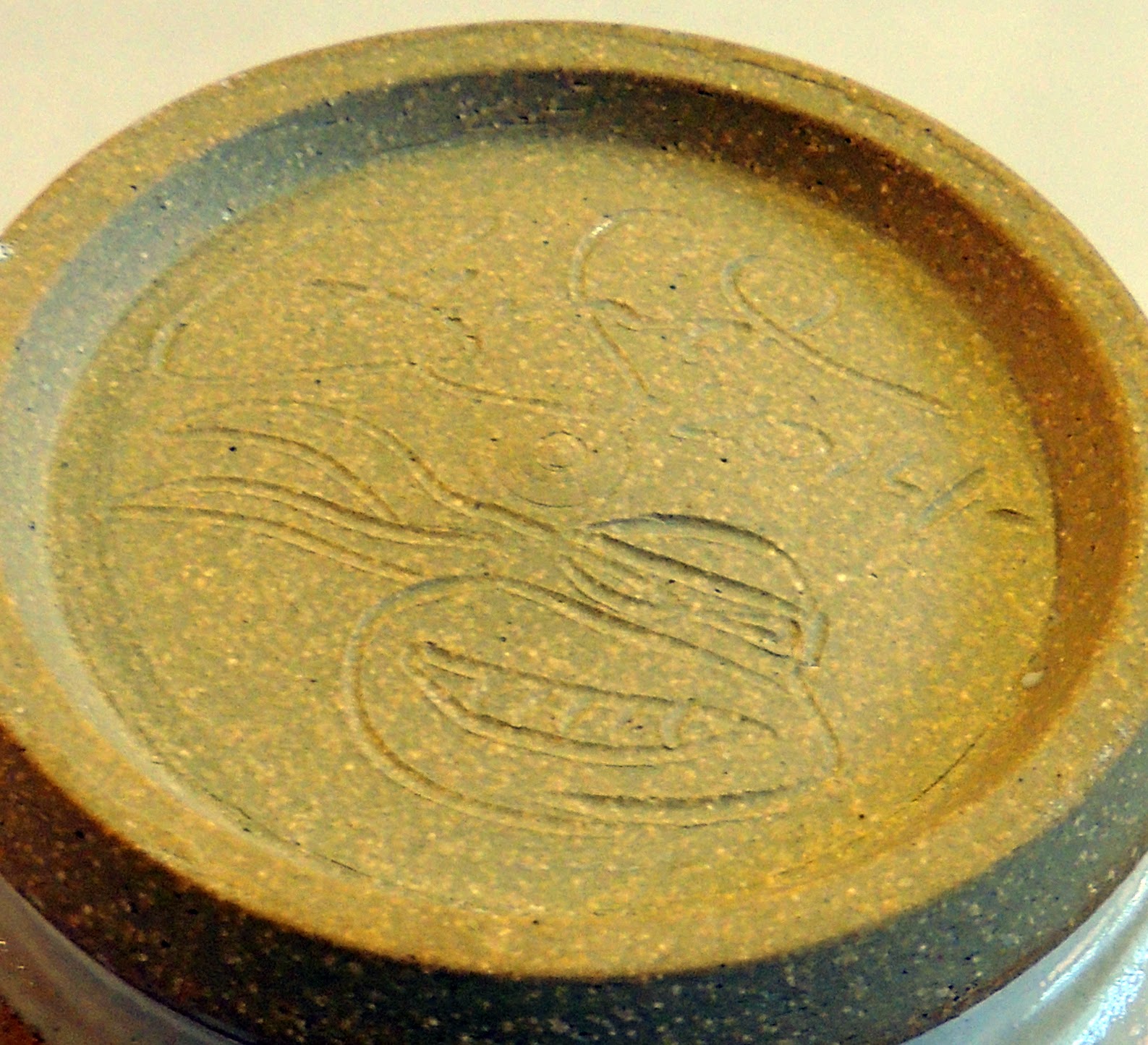