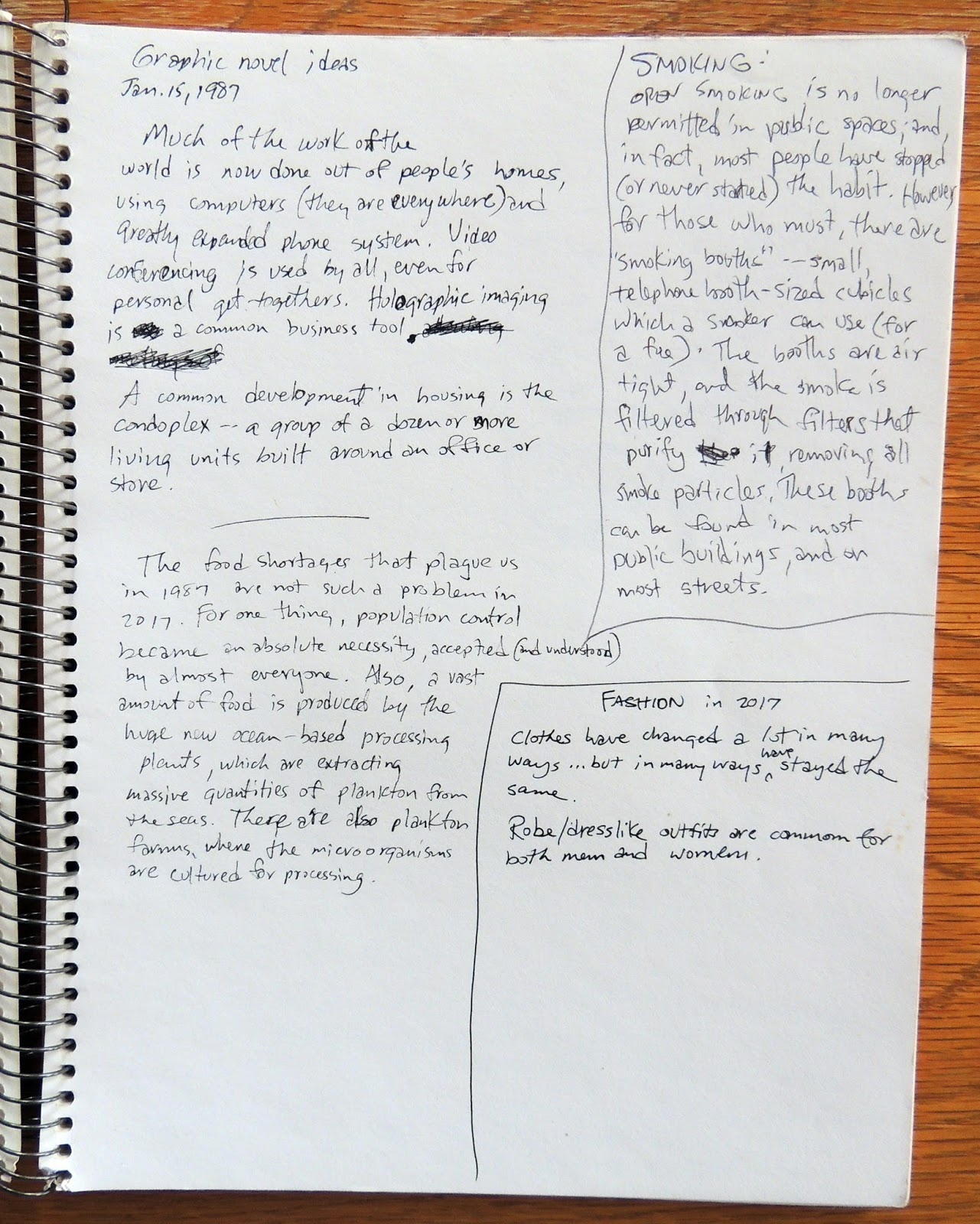 There are more notes for our proposed graphic novel idea on page 10 of the Kay-Bee sketchbook, transcribed below for easier reading:

Much of the work of the world is done out of people's homes, using computers (they are everywhere) and greatly expanded phone system. Video conferencing is used by all, even for personal get-togethers. Holographic imaging is a common business tool.
A common development in housing is the condoplex -- a group of a dozen or more living units built around an office or store.

The food shortages that plague us in 1987 are not such a problem for 2017. For one thing, population control became an absolute necessity, accepted (and understood) by almost everyone. Also, a vast amount of food is now produced by the huge new ocean-based processing plants, which are extracting massive quantities of plankton form the seas. These are also plankton farms, where the microorganisms are cultured for processing.

Smoking:
Open smoking is no longer permitted in public spaces, and in fact, most people have stopped (or never started) the habit. However for those who must, there are "smoking booths" -- small telephone booth-sized cubicles which a smoker can use (for a fee). The booths are air tight, and the smoke is filtered through filters that purify it, removing all smoke particles. The booths can be found in most public buildings, and on most streets.

Fashion in 2017
Clothes have changed a lot in many ways… but in many ways have stayed the same.
Robe/dresslike outfits are common for both men and women."

Like the previous notes, these have nothing to do with plot, but deal with setting up the future world in which we would be setting the story.

On the next page is a small thumbnail for the cover I was penciling for one of the First Comics graphic novel-style color reprintings of some of the early Volume One TMNT comics. 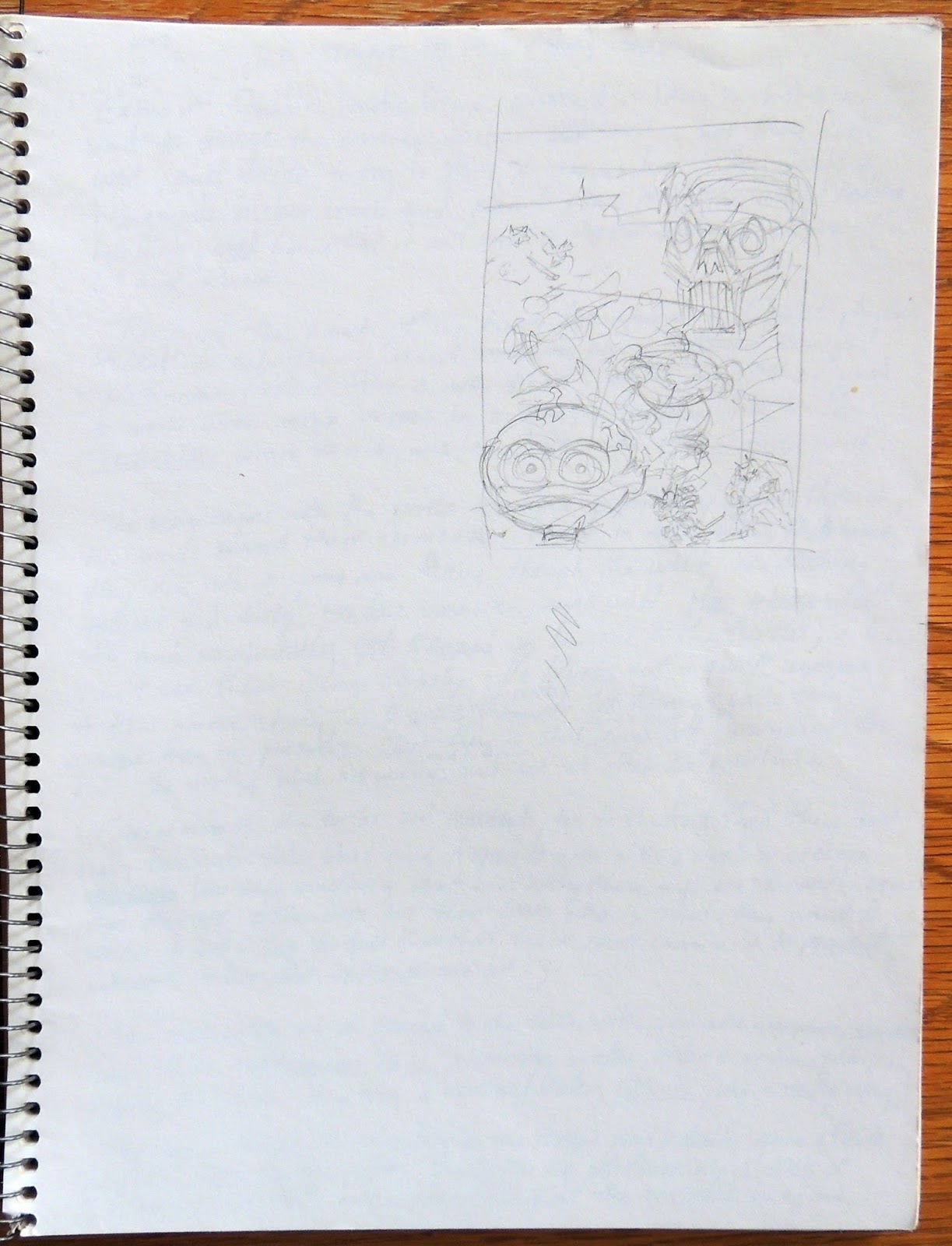 It's a little hard to see, so I have cropped the image (below) for better viewing. 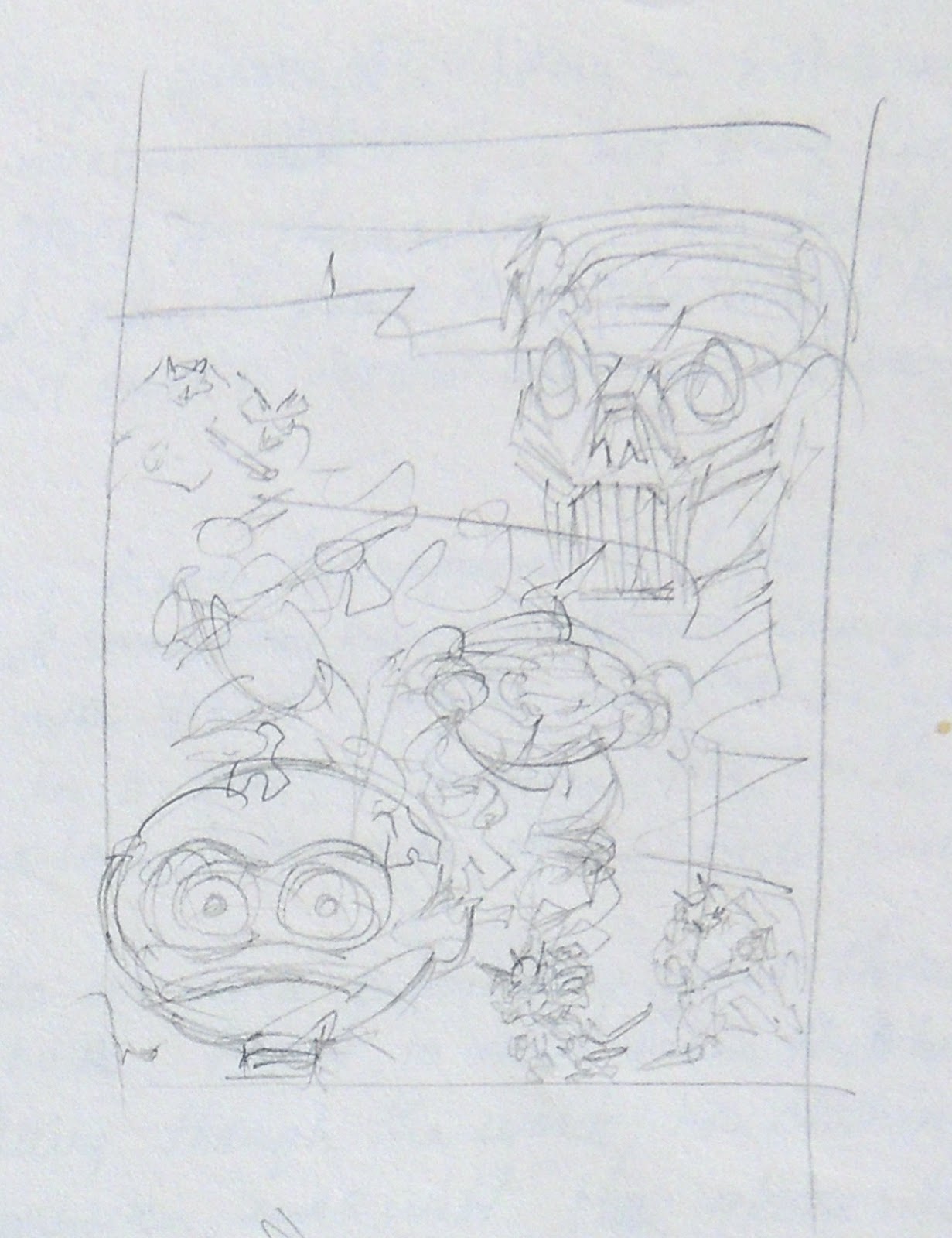 Here's my finished version of that cover, which was rejected in favor of Mike Dooney's superior painted version (I wrote about this in a previous BftP, back in May of 2008). -- PL 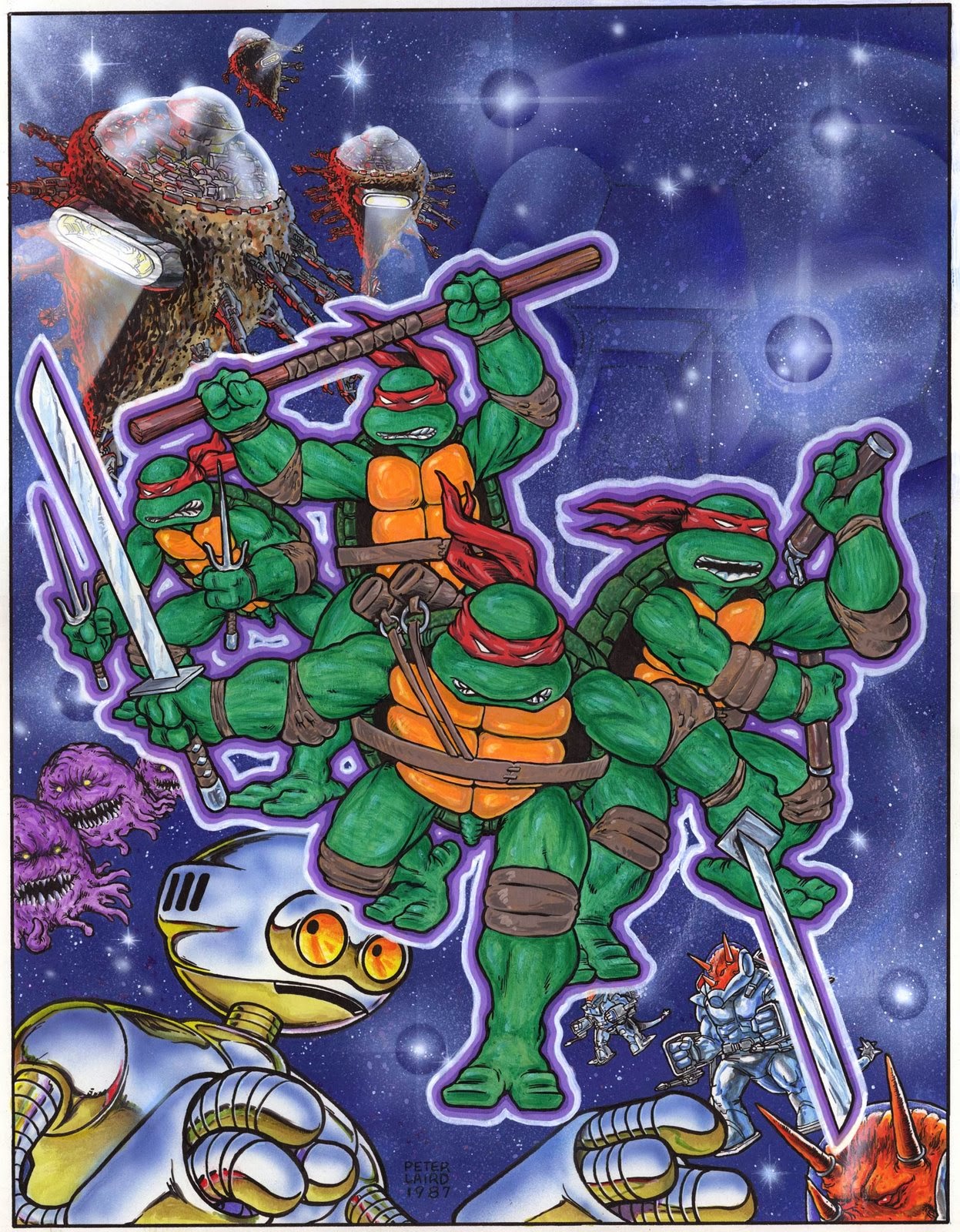