Here on page 4 of the Kay-Bee sketchbook, I was apparently trying to sketch out some kind of TMNT toy accessory, and it appears it had something to do with ooze. I can't remember exactly what a "slime nodule" was supposed to do, but it looks like it might have involved a clear plastic cage into which a figure (in this rough sketch, a Turtle) could be put, and then have slime or ooze poured on top of it. 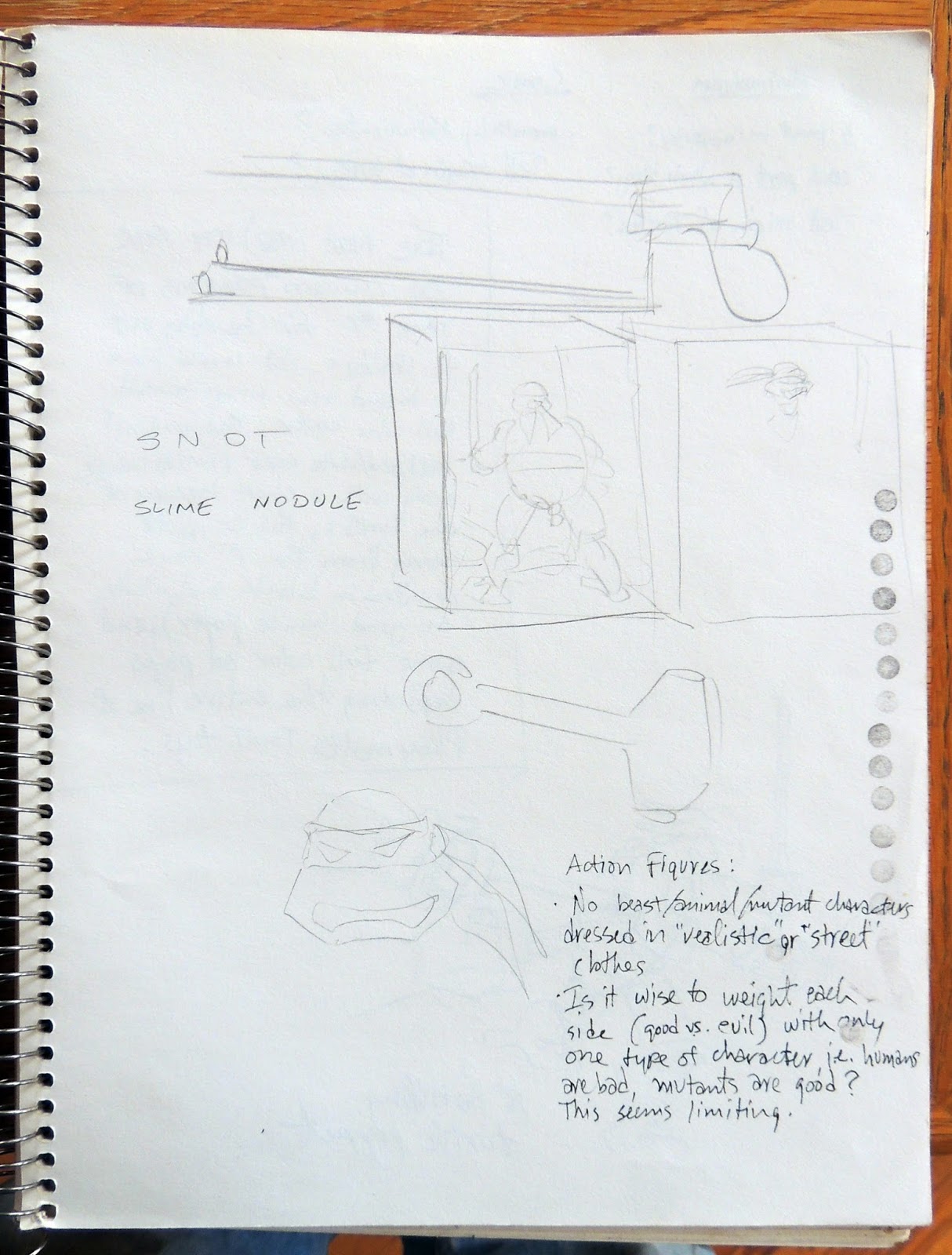 Sounds like fun! Here are the notes I wrote on this page:

Action figures:
No beast/animal/mutant characters dressed in "realistic" or "street" clothes
Is it wise to weight each side (good vs. evil) with only one type of characters, i.e. human are bad, mutants are food? This seems limiting."

On the following page... 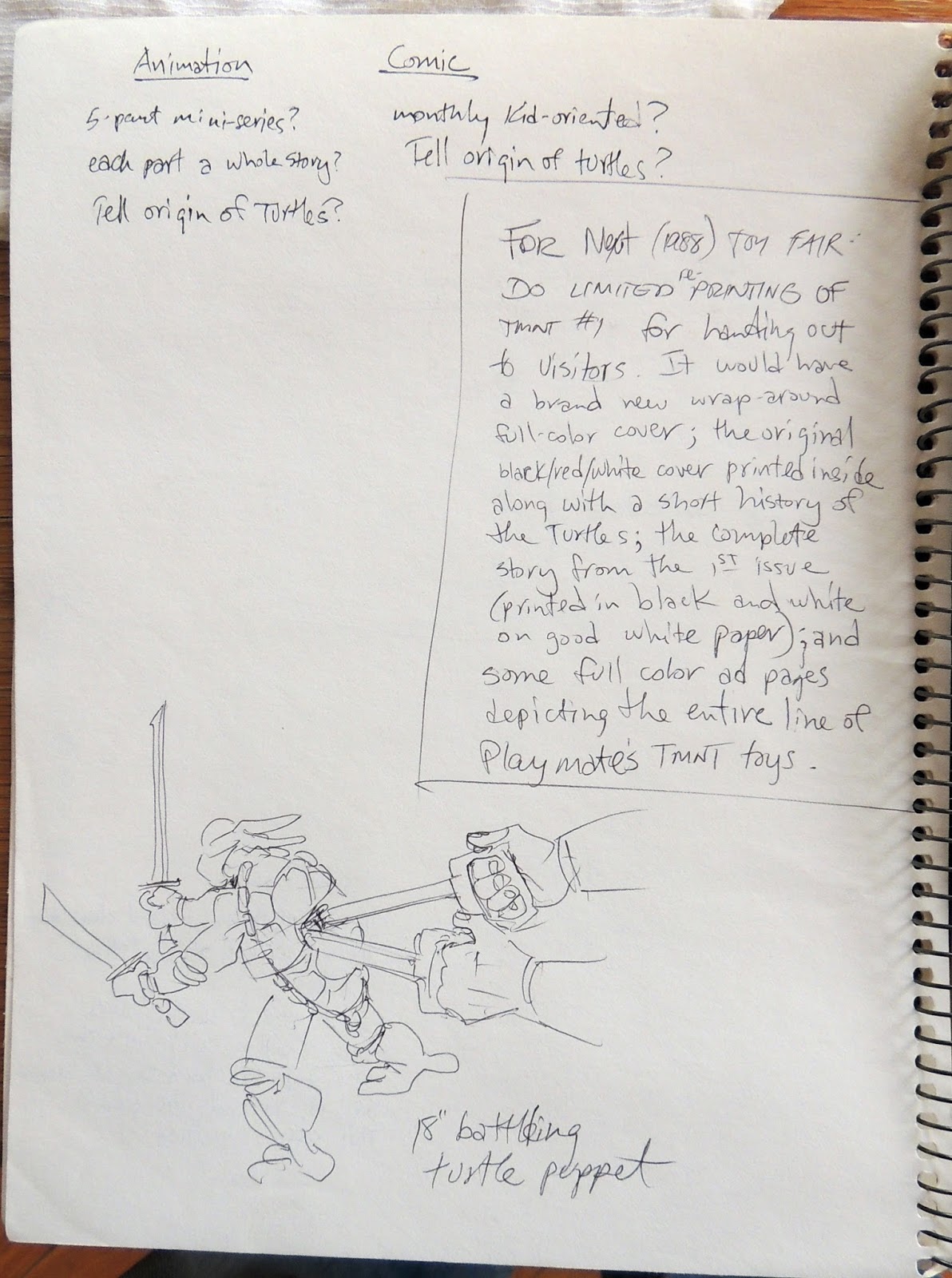 For next (1988) Toy Fair
Do limited reprinting of TMNT #1 for handing out to visitors. It would have a brand new wrap-around full-color cover; the original black/red/white cover printed inside along with a short history of the Turtles; the complete story from the 1st issue (printed in black and white on good white paper); and some full color ad pages depicting the entire line of Playmates TMNT toys

I have to say I like the idea of the large battling TMNT figure, controlled via some kind of rods which would allow a sort of remote control kind of operation. I guess Playmates didn't like it as much as I did. 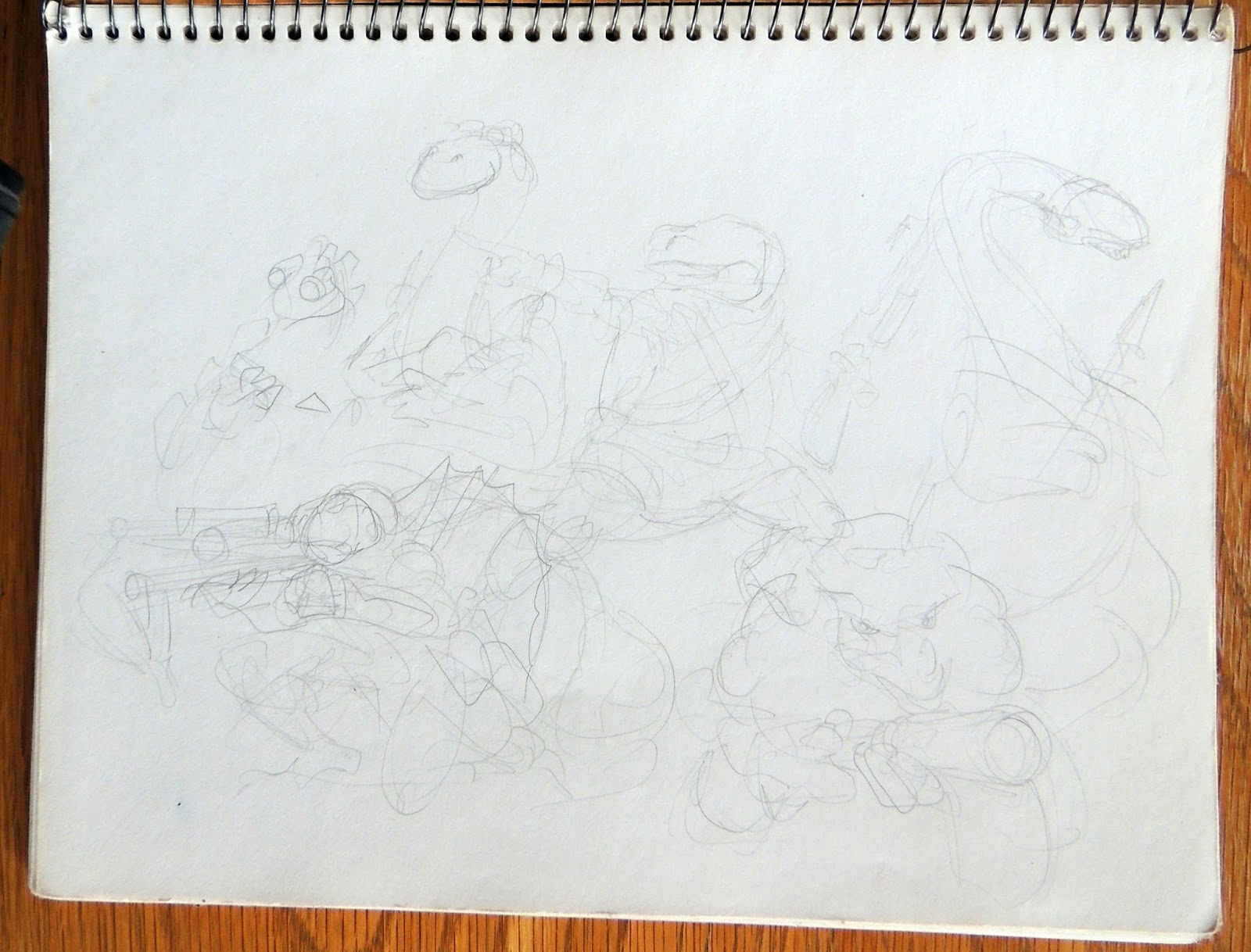 On page 6 of the sketchbook is something unrelated to the TMNT -- it's a very loose layout sketch in pencil for what I intended to be a group shot of the "Commandosaurs" characters I'd created around that time. -- PL