Blast from the Past #711: Kay-Bee sketchbook pages 18 and 19, sketches of survivalists from issue #12

On page 18 of the Kay-Bee sketchbook is a concept drawing for the character of Skonk, leader of the survivalist group in issue #12 of the first volume of TNT comics. 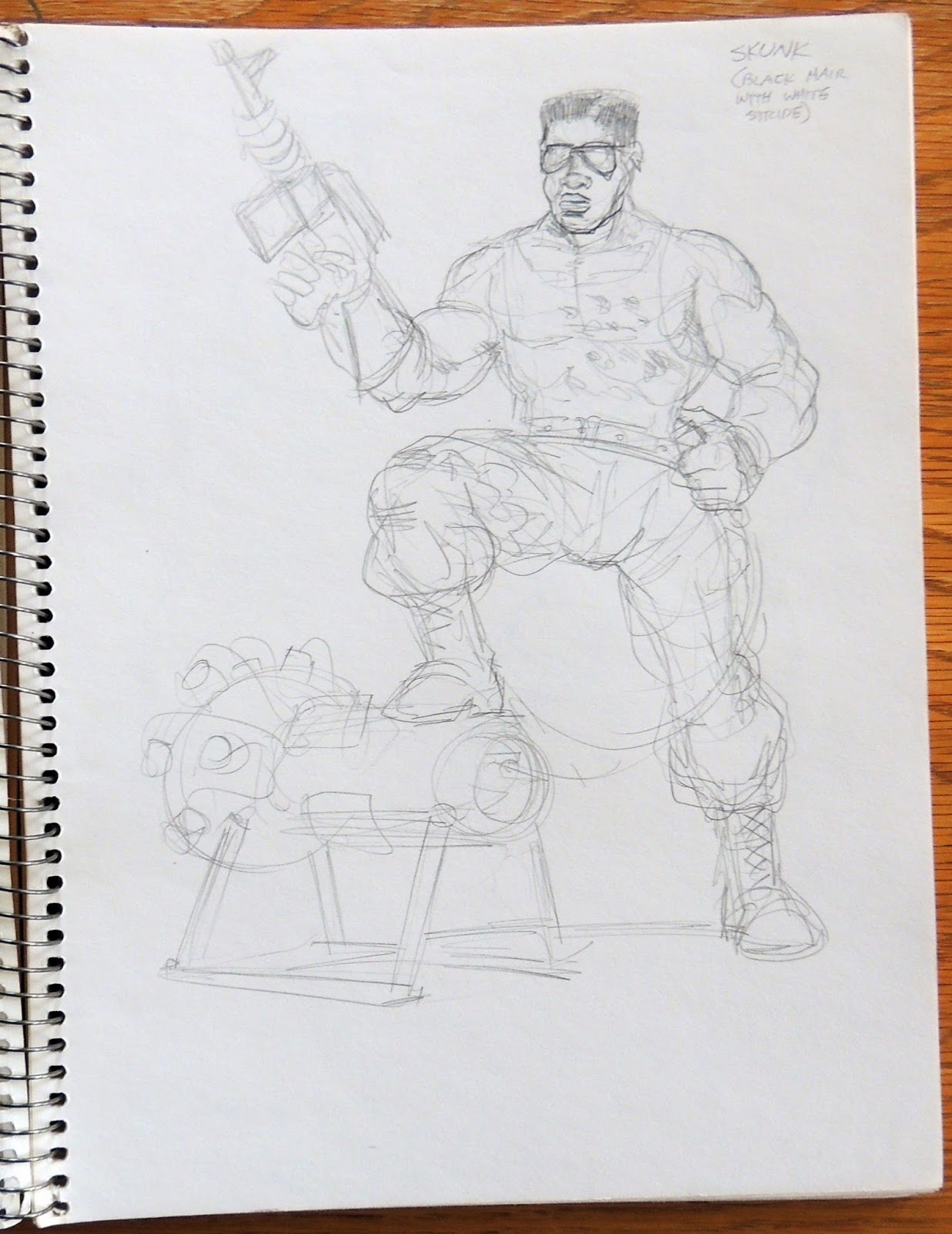 I drew him here posed with his foot on the homemade nuclear weapon he and his group had concocted, but in the actual comic that device was at least twice as large as it appears here. 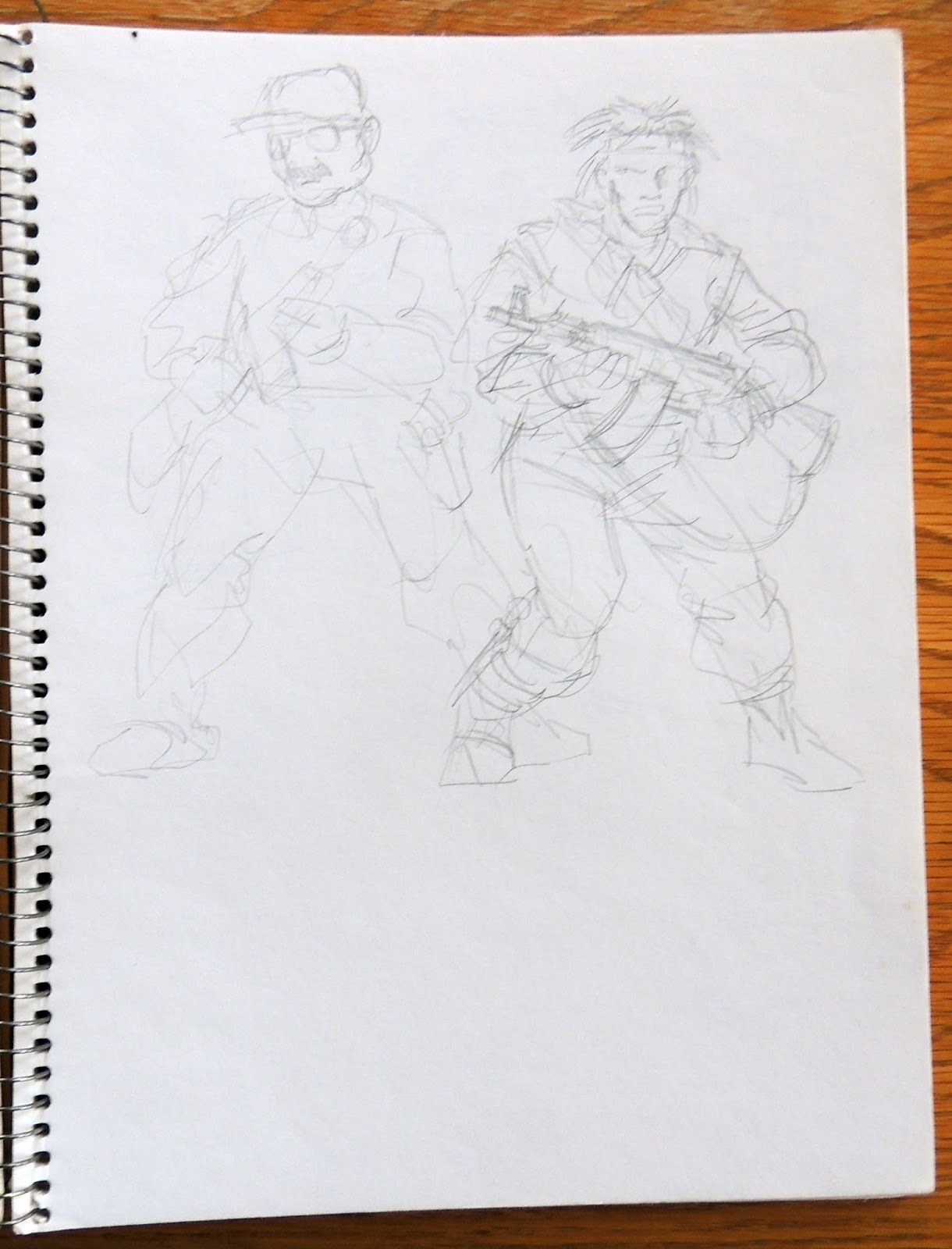