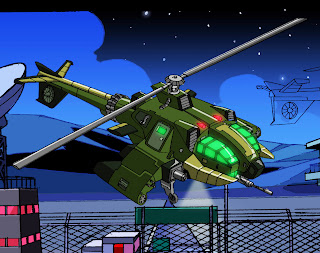 "LEATHERHEAD’S LAIR – Raphael is asleep in a chair, leaning against the wall of Leatherhead’s lair.  As he snores, a dark figure passes by…


From the figure’s POV, we see MONSTER DONATELLO, contained and asleep in the containment device Leatherhead designed.  The figure approaches, getting closer and closer…


…and a hand reaches out for the ‘release’ controls.  Michaelangelo’s hand.


He presses a button, and with a ‘hiss’ of air, the containment device begins to open… and we see Don-ster’s EYE open…


Don-ster’s taloned hand shoots out, and he <ROARS!> as he grabs Mikey, who was holding a bowl of cereal.  Mikey is slammed up against the opening device, being pulled in as Raph leaps to his aid, pulling him free from Don-ster’s grasp, at the same time closing the containment device.


The container is flooded with gas, once more knocking out Don…  and on the floor of the lair, Mikey and Raph sit, both covered with cereal and milk.  Mikey is overcome with emotion, his head down.  He just thought Don might be hungry. Raph, surprisingly emotional, puts a hand on Mikey’s head."

This is REALLY dopey. I know Mikey can do some silly things, but this action is just brain-dead. If some action bit is needed to establish how dangerous monster Don is, how about having Mikey opening a food slot built into the cage, and then monster Don could LUNGE at that, rocking the cage and scaring the crap out of MIkey?

"Three wise men are seated at this table (the Ninja Tribunal)."

I think we discussed the idea that the Tribunal would consist of four members (originally five until the original Shredder betrayed and left the group). I think we should avoid three given that the Utrom council was also a three-member group.

"Pulling a fast one, Leo makes as if he is resigned and is going to take his assigned seat, but at the last minute he spins around and flips one of the big Ninjas through the air.


This has a domino effect, with all five Ninjas falling upon one another.  In the narrow space of the corridor they cannot easily recover."

And then the mysterious ninjas reveal themselves to be the Three (Five?) Stooges! This has to be one of the most ridiculous bits of action I've ever read. I mean, these are the guys who almost casually defeated the Turtles on the rooftop in the previous scene... and now they're falling over like dominos?

"A familiar voice calls out to them to stand down.  It is the Ancient One.  He is with Master Splinter!


“Master Splinter, what is going on here?”


Splinter: “Perhaps I should let my master explain.”"

SInce when is the Ancient One Splinter's "master"?


4.) Pretty much all of the back story of the Tribunal as laid out here contradicts what you and I talked about this week, Lloyd, so I won't go into it, and I'll assume that most if not all of this stuff is going to be changed.

"LOGLINE: The turtles have made a deal with the devil … a.k.a. Agent Bishop.  In return for curing Donatello, his three brothers have agreed to retrieve a pendant that is supposed to aid Bishop in his genetics work.  The only problem, they have to steal it from Karai.  And, she won’t be giving it up with a fight."

Minor point, most likely a typo, but I think that "with" in the last line should be "without".

"RECAP:  We see Donatello, in monster form, knocked out and trapped inside Leatherhead’s containment unit.

I question the wisdom of giving Don the voiceover here, as it kind of muddies the waters. The implication of it is that while Don LOOKS monstrous, and ACTS monstrous, his mind is actually totally clear and trapped inside his mutated body. Which it isn't. I think it's confusing, and we should have someone else do the voiceover.

"Bishop:  ‘Then do it!  Destroy Stockman… destroy me!  But what becomes of Donatello?  What becomes of the mutants in New York?  Are you a monster?  Or a man?  Prove this intellect you claim to possess… help us finish the cure!’"

Leatherhead is not now nor ever has been a MAN. I think different wording is in order here.

"Leo breaks the chain around the crystal, grabbing the crystal itself.  He then KICKS Karai, hard enough to send her THROUGH the wall.  She smashes into the hidden ‘lab’ behind the wall (as seen in ‘City at War’ and shatters the tube that Oroku Saki healed in."

Is this a "real" wall or a paper wall? I don't think Leo should be able to kick Karai through a real wall, nor should Karai be able to bounce back up from such an impact -- doesn't make much sense. In any event, I don't even see the point of having Karai go through the wall and break the tube -- why bother? Does it add anything to the story?

"RESUME on the Turtles freefalling, having just leapt off the top of the Foot Skyscraper.  Karai runs to the edge to see the Turtles’ seemingly suicidal escape…


…only to have the Turtle Copter DE-CLOAK in the sky before her."

"DE-CLOAK"???!!! Since when can this copter CLOAK? Also, even if we accept this preposterous notion, it's even MORE preposterous that the copter would be waiting to catch them RIGHT THERE AT THAT VERY MOMENT.