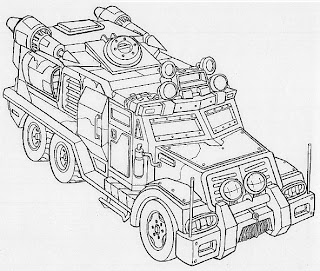 
Here are my comments on Ep. 97 second draft.

"ON BATTLE SHELL – out of the side, a row of GUN TURRETS pop out.
DONATELLO (OC)
Armor piercing side turrets!"

I think it would be better to say something like "Multi-function side cannons!", as "gun turrets" are just the holders for the guns, and not the guns themselves, and thus can't be considered "armor piercing. Also, "armor piercing" typically refers to the type of ammunition used in the gun, not the gun itself. Using the phrase "Multi-function side cannons" allows us  bit more flexibility in the future if we want to give those weapons different functions (i.e. fire a tangle net, or smoke screen shells, etc.).

This seems really silly to me.

"*STOCKMAN
When I first met you, I thought that we had something, Ms. O’Neil!  A connection!  But instead, you tore my life apart!  Well, now it’s your turn to go to pieces! "

I really don't like this new "connection" business. The implication is that Stockman had some kind of "special feelings" for April, which has never been part of this story. I suggest going back to my original suggestion for this bit, as follows:


"STOCKMAN
Ever since I met you everything’s gone wrong!  You ruined my work for the Shredder!  You brought those Turtles into my life!  Because of you my life has been torn apart!  Well, Ms. O’Neil, now it’s your turn to go to pieces! "

"*EXT. STOCKTRONICS LAB – NYC - CONTINUOUS
The Battle Shell is parked out in front of the lab as the Don, Leo, Mikey, and Casey snoop around the entrance door.
DONATELLO
That’s strange, the door’s open, the lights are on, but they’re nowhere to be found.
RAPHAEL (OC)
Maybe not, but I found somethin’ else!
ON RAPH – looking at something in a dark alley way by the lab.  Leo, Don, Mikey, and Casey ENTER PICTURE from behind.
CLOSE ON LEO hatching a plan.
LEONARDO
Hm.  And I have a feeling this is gonna help us find them.  Donny?  How about a lift?
REVERSE – the BLACK-OP CHOPPPER is parked in a wide alley way."

I don't object to the inclusion of this new "visit to the old Stocktronics Lab building" bit, but something is needed here to indicate WHY Leo makes this leap to thinking that taking a ride in the helicopter is going to help them find April and Stockman. What leads him to this conclusion? (Especially if all the Turtles do here is "snoop around the entrance door" -- do they go INSIDE at all to look around???) For all they (and we) know, Stockman could have gone into another building, or be underground, or be in another vehicle.
Maybe Don could reason-- perhaps based on a quick look inside the cockpit -- that the chopper could have some tracking gizmos that might help them locate Stockman. This would help to explain why and how they are able to quickly find Stockman -- I mean, what other reason would they have to look in the direction of the Roosevelt Island Gondola Station?

"*But suddenly, the gondola begins to shake.  Panicked, April takes a peak out the back window."

I think she actually takes a "peek", not a "peak".

"STOCKMAN’S POV - we see a chopper hovering overhead.  Then, Mikey, Leo, and Raph repel down into the hole and in front of April."

"*DONATELLO
Right!  Grab the drop-off ladder and I’ll try and get this bird low enough so you can lift her out!  "

Don would not say "try and" -- he would use the grammatically correct "try to".

This line seems totally un-Stockmanlike, kind of thuggy. It also seems to be totally unnecessary.

"Stockman grabs the bottom of the ladder and using his super strength, jerks it down, forcing the chopper to lower.  It’s whirling blades suddenly <CLASH> with the gondola cables.
*CLOSE ON THE CABLES as one of the three <SNAPS>.
*WIDE - the black op chopper veers out of control.  Then the gondola jerks and falls aslant—all of it’s weight now resting on the two remaining cables."

There is just so much wrong about this bit. Unless Stockman is heavier than the chopper, and heavy enough to counteract its upward force, he wouldn't be able to grab the ladder and pull the chopper down. (He MIGHT be able to brace himself against a part of the gondola and do this.) And that must be one HELL of a strong ladder -- essentially bearing the weight of the whole helicopter without snapping! And why the heck is Stockman pulling it down on top of him -- that seems like a suicidal move. Not only that, but I don't think any helicopter rotor blades could withstand that kind of impact and still be operable.
This whole bit strikes me as kind of silly, and I would lose it. The whole point here is NOT that Stockman wants to get to the helicopter, but that he does something to damage it -- maybe he rips a piece of the gondola loose and throws it at the copter. In fact, his tearing off a piece of the gondola could be what makes it dangle more precariously.

"*DONATELLO
That cable hit the stabilizer bar! I’m gonna have to recalibrate the instruments to get her steady again!"

"STOCKMAN
Don’t think you’ll get away that easy, Ms. O’Neil!
*WIDE – Stockman pulls April up onto the top of the gondola with him.
CLOSE ON STOCKMAN.
*STOCKMAN
You have a date with a dissection table!  But if you’re going to be so difficult, perhaps we’ll just to tear you apart the old fashioned way!"

I would drop the line after "You have a date with a dissection table!" -- it's extraneous and doesn't make much sense. It might also be a good idea to think about WHY, other than pure sadism, Stockman would want to cut April to pieces -- maybe in his twisted mind, he thinks he can use parts of her to repair himself, a kind of "poetic justice" in his estimation.

"LOW ANGLE UP FROM INSIDE THE GONDOLA – Leo, Raph, and Mikey poke their heads over the hole to see him.
*MICHAELANGELO
Is he…dea--?!
*Suddenly Stockman flips up and leaps out of the hole on top the gondola roof.
*STOCKMAN
No, I’m not!  But soon, you all will be!
*WIDE - Stockman grabs one of the two remaining cables, and uses his brute strength to <SNAP> it. The gondola <KREEKS> and falls a bit further aslant as Stockman twirls the cable over his head like a lasso.
*STOCKMAN (CONT’D)
I’ll take us all out!
*WIDE ON TOP THE GONDOLA – Stockman is whipping the cable around in mid air like a lasso.  He whips the steel cable at the Turtles. "

I would take out ALL the lines of dialogue in this bit, as they are weak and extraneous -- Stockman's line "I'll take us all out" being the most ridiculous and inappropriate, seeming to come from another script and character altogether.
Also, this "cable used as lasso" bit seems more than a bit silly, UNLESS Stockman is somehow able to snap off a SECTION of cable. Think about it -- these cables are stretched fairly tight, right? So if they are SNAPPED, they would not suddenly have lots of slack in them which would allow a super villain who is located AT THE POINT WHERE THE CABLE SPLIT to pick up one end and use the cable as a lasso.
Actually, the only way I could POSSIBLY see this working is if, during the fight, the gondola is still moving, which would allow Stockman to do this stunt. But the more I think about it, the more stupid it seems, so let's drop the lasso bit.

"CLOSE – through a rip in Stockman’s pant leg, we see a bolt inch out of Stockman’s knee with some green ooze dripping from it."

This "bolt" business is SOOOO silly. Let's lose it and just have April's jeopardy be that her grip on Stockman's leg is slipping.

"LEONARDO
Yeah…just when it seemed he saw the light, too.
RAPHAEL
Well, I say good riddance!  That psycho’s given us nothin’ but grief ever since we met ‘im.
ON DON – looking back from the pilot’s seat.
DONATELLO
I dunno, he did give us this chopper.
WIDE of the chopper flying away in the day breaking sky.
DONATELLO (OC)
Now if we can only find a place to park it.
APRIL (OC)
Well forget my apartment.  First Karai stops by.  Then Stockman.  Who’s next?  Hun?  The Shredder?  I’m staying with you guys, tonight!
DONATELLO
You got it, April.  Next stop, Belvedere Castle!"

Several things here. First, Leo would not say "Yeah" -- he'd say "yes". Second, Don would not say "dunno" -- he'd say "don't know". Third, Stockman did not give the Turtles his chopper. Fourth, April's lines are somewhat silly (so she's NEVER going back to her apartment?!)... I would lose them all as well as Don's last line. Here's the way I would change this ending:


""LEONARDO
Yes …just when it seemed he saw the light, too.
RAPHAEL
Well, I say good riddance!  That psycho’s given us nothin’ but grief ever since we met ‘im.
ON DON – looking back from the pilot’s seat.
DONATELLO
I don't know -- he did give us this chopper... sort of.
WIDE of the chopper flying away in the day breaking sky.
DONATELLO (OC)
Now if we can only find a place to park it!"