These two pages of handwritten notes were found in that same sketchbook as referred to in the last two "Blast from the Past" entries. They pretty much lay out the plot of the seventh issue of the first volume of "Tales of the Turtles", which I plotted, wrote and did breakdowns/layouts for on my own. (I believe Jim Lawson did the finished pencils and Ryan Brown the inks. I can't recall who toned it.) 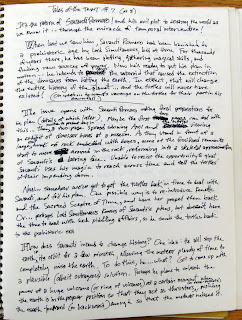 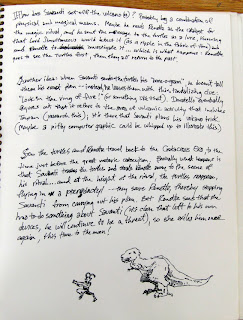 It's interesting to see the slight differences between this plot and what actually happened in the published comic book. -- PL
Posted by PL at 6:11 AM