A curious TMNT product from the 2K3 era

Followers of this blog have probably noticed that I have not posted any "behind the scenes of the 2K3 TMNT show" emails lately. That's because I had been having a problem getting the emails off my old desktop computer in a consistently good form. Almost half of the ones I transferred had weird text corruptions and/or were incomplete. And with the holidays coming on, I had other things to deal with. I hope to get back to those emails shortly.

But for now I thought it would be fun to put up a couple of images of a curious product that I found while going through a box of TMNT product samples from the 2K3 era. I didn't see a lot of these things when they came in for approval -- just the more important stuff. 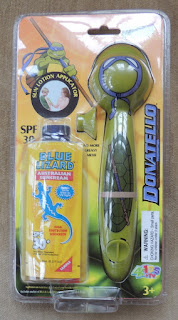 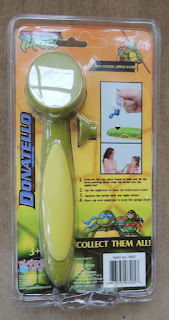 Anyone out there ever use one of these TMNT suntan lotion applicators? -- PL
Posted by PL at 7:46 AM