Blast from the past #327: Found sketchbook part 3

Here's the third and last bunch of stuff from that sketchbook.
First up is a "wolverine mutant", clearly intended as part of the TMNT toy line -- probably as a bad guy. 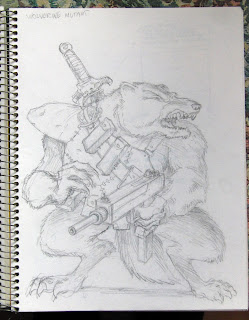 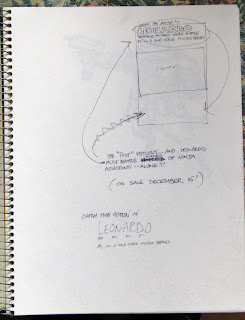 This next one may be that same mutant wolverine character, slightly tweaked. I like his goggles. 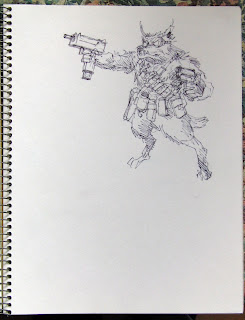 This next one isn't a sketch, per se, but it is kind of interesting (well, I find it so, anyway). It's my chart of the proposed contents of the Gobbledygook special. 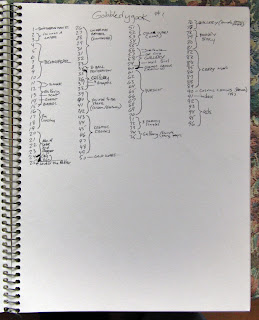 I get a kick out of this one, done just for fun, of Donatello whistling nervously as he is stalked by a big, creepy monster. 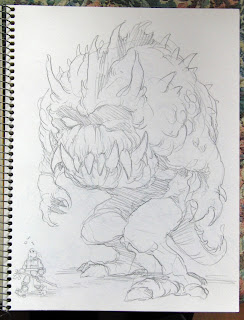 This next one might have been a rough sketch for a proposed TMNT portfolio piece, but I can't remember for sure. I'm not certain it is obvious enough in the sketch, but the Turtles here are -- for some reason -- on top of some gigantic beast, maybe Godzilla-sized, and that thing next to them is one of the creature's dorsal fins… and the little bug-like things on the left side of the drawing are parasites living on the creature. 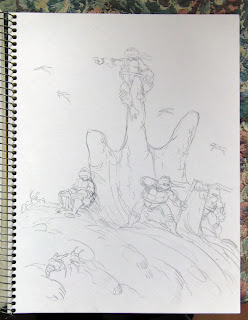 This one is interesting, and I've rotated it sideways for easier viewing, as it was drawn in the sketchbook in this orientation. I am pretty sure these are quick doodles by the great dino man himself, Steve Bissette. I think he may have been trying to give me some pointers on how to draw dinosaurs, from back when we were starting work on the never-completed "Commandosaurs" project. 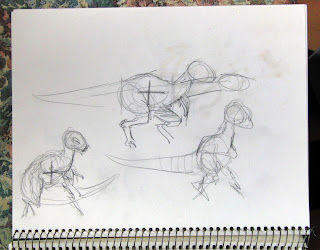 And the last thing from the sketchbook is from that same project -- here I was trying to work out a design for the "Commandosaurs" logo. -- PL