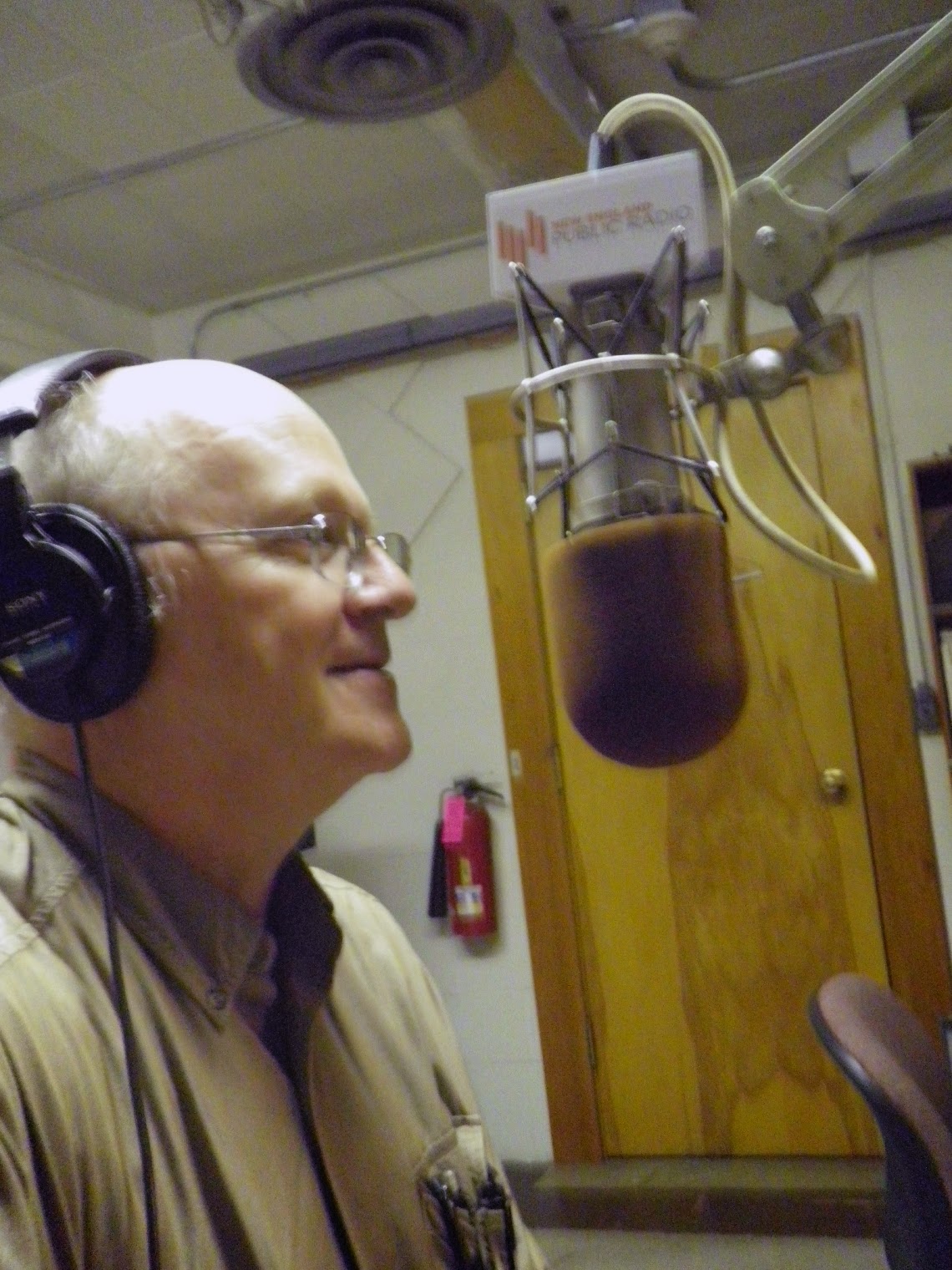 Last week I did an interview to help promote the new documentary about the TMNT -- "Turtle Power: The Definitive History of the Teenage Mutant Ninja Turtles". It was an unusual set-up for the interview, because Kevin Eastman and I were appearing together (our first joint interview in well over a decade, I think) but from two locations more than three thousand miles apart. Kevin was at a radio studio in San Diego, while I was at the studios of local public radio station WFCR, in Amherst, Massachusetts (a station I listen to almost every day, so it was cool to be there).

The interview, conducted by Canadian Broadcasting Company reporter Peter Armstrong, was fun, although a bit too short to get into much of anything substantial. Still, it was an interesting experience, and made me realize once again how strange and wonderful it is that these wacky creations of ours have survived thirty years -- half my lifetime! -- and seem poised to thrive for another thirty, if not more. It also made me wish Kevin lived closer, so we could have more of these kinds of conversations… and maybe someday collaborate on another project.

The photo at top is a "selfie" I took while at the microphone in WFCR's studio.  -- PL

P.S. Here's a link to the interview: