Blast from the Past #325: Found sketchbook Part 1

In my continuing, somewhat slightly-faster-than-glacially-paced efforts to go through my STUFF and sort it into piles of things to keep, things to give away, and things to throw in the trash, I still occasionally come across some stuff I'd forgotten… such as this sketchbook, with things drawn in it probably from the mid-to-late 1980's. There are some concepts that I clearly sketched for Playmates Toys, with the hopes that they might find their way into the TMNT toy line. There are I think twenty-four pages in all, and I'll post them in three "Blast from the Past" installments, in the order in which they appeared in the sketchbook.

First up are these somewhat goofy concepts for Shredder vehicles. 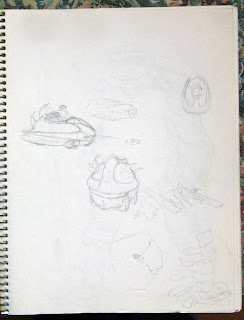 Next is this basic pencil sketch of Donatello -- I have no specific idea WHY I drew this. 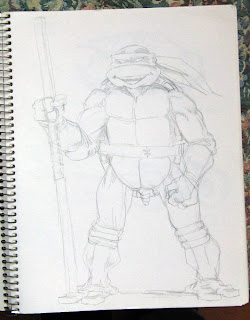 After that come these two wacky ideas -- wheeled vehicles for the Shredder and the Turtles, and some brief notes on  other ideas for the line. (I like the "Penthouse of Doom" name.) 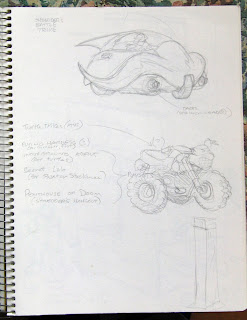 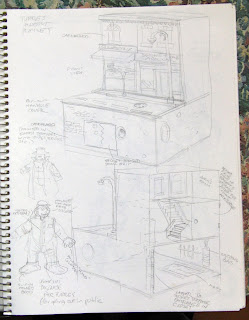 Next is this concept for a space suit for the Turtles. I think I have drawn several variations on this theme over the years. 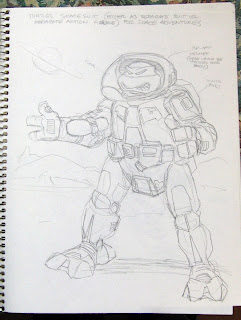 Then we have the Shredder's jet-powered "Death Kite" (like that name too!). 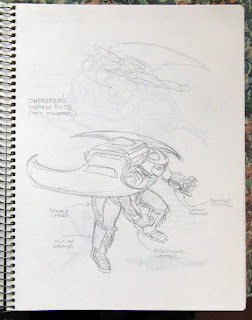 And last in this group is an idea for a "Flying Foot Assault Car", as well as some variations on a Foot logo graphic. -- PL 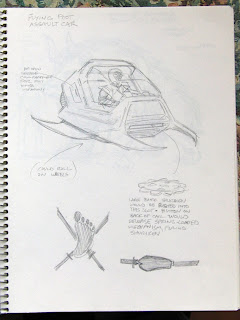