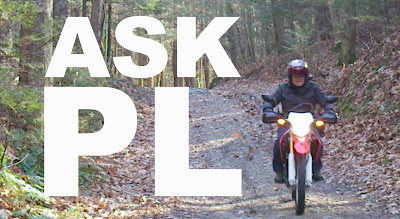 Unless I am overlooking something (always a possibility), it looks like it's been about a year since the last time I did one of these, so I thought it might be good to do another one. I'm well over the cold I was suffering from when I posted the last "Ask PL" in January, but, as in the introduction to that entry, I request that you don't ask me about the IDW TMNT comic book series (I'm not reading it) or the Nickolodeon TMNT show (I've only watched the first two episodes, and although I have just bought the entire season on DVD, I have yet to watch them) or the upcoming movie (I know nothing about it that hasn't been released to the public... which isn't much, I guess).